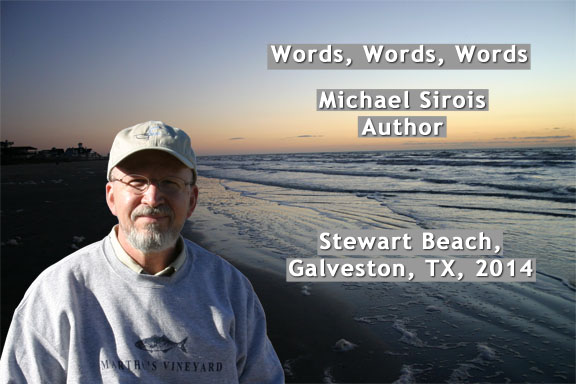 About the image above: This was taken on Galveston Island on January 4, 2014. I was there for a writing retreat. I’ve been to several different types of writing retreats since then (I’ll tell you about a couple of the others in the next two newsletters), but this one was really just a get-together that a couple of my friends decided to hold. They had rented a very nice beach house, and a half-dozen of us spent our days (in no particular order) writing, eating, drinking, exploring Galveston, and talking (usually about what we were working on).

When we worked, we worked. When we played, we played. The format was extremely loose, the main rule being: “Do what you need to do.” So I did.

By 2014, I had been working for over a decade on the massive first draft of my series, If a Butterfly, and I desperately wanted to finish it. I started writing it in November 2003, and completed the first draft sometime in 2011. Three years later, though, it was still unedited, and was full of grammatical errors and occasional Notes to Self, like:

Yes, those are all part of If a Butterfly.

That first draft was humongous (over 300,000 words). If printed it would have been around 1,200 pages, which is huge for most novels. By October 2012, I had trimmed it down to 237,000 words (give or take a few hundred), but it was still too long. I also spent a lot of time between 2012 and 2014 on my other main project, Jagged Man, but it wasn’t ready either (more on it in the next newsletter). Butterfly needed the most work, so I decided to use this retreat to see what I could do with it.

During my four days there, I did a lot of fact-checking and filled some plot holes. By the time I got back home I felt confident that the story was factually sound, but still too long. The few days I spent in Galveston did help me conclude that this overly-long novel could become two books with some careful editing. It would be another year before my first novel was published, but that wasn’t Butterfly, it was Jagged Man. The next newsletter is about other writing retreats I attended between 2013 and 2017, and how they helped me finish editing and publishing Jagged Man and a non-fiction book, Aggravated, before I published If a Butterfly.

Have you ever attended a retreat (for writing or any other profession)? Did you enjoy it and/or think it was worthwhile? You can reply to this email to let me know. I might include some of your comments in a future newsletter.

[“Frogs Eat Butterflies. Snakes Eat Frogs. Hogs Eat Snakes. Men Eat Hogs,” is the title of a poem by Wallace Stevens, 1922. No butterflies were harmed by frogs in order to create If a Butterfly. Some bacon was consumed, though.] 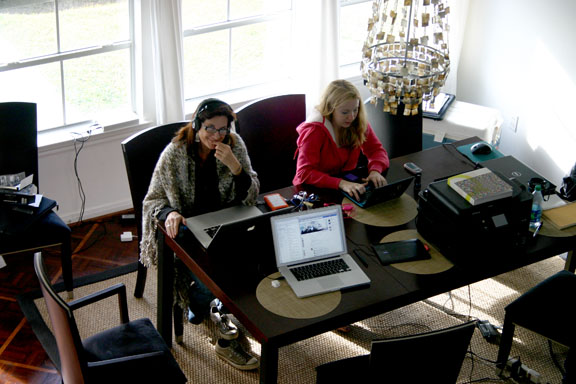 Marti and Alyssa, two of the other retreat attendees, hard at work.

Alyssa and I also took some time one afternoon and explored the Stewart Mansion, an old abandoned house on the island. The picture below is one I took from inside the building. Doesn’t it look like a scene in a novel could develop from exploring a decrepit old house? Who or what could be in those bushes outside? 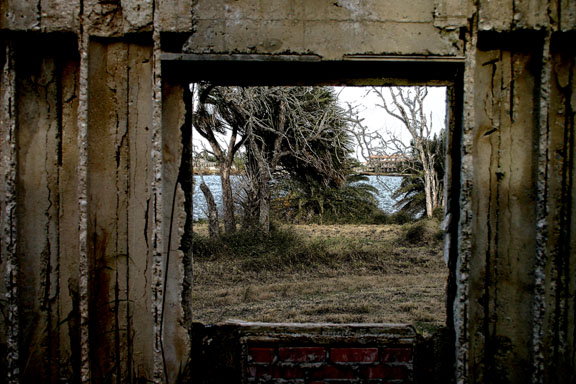 2 thoughts on “A High Tide Lifts All…”