About the image above: This was taken by the side of the road in the UK’s Lake District, somewhere between Ravenglass and Hawkshead.

In newsletters 13, 14, and 15, I mentioned three very different projects that I might take up at some point in the future: one anthology (A Mixed Bag), a modern take on the Arthurian saga (Merle Boudreaux: Bayou Wizard), and a possible series of novels set in alternate universes (The Lives of Franklin Roosevelt Jones). Today is about the only other project that I’ve already decided could be a book eventually, aside from the projects I talked about in Newsletters 10, 11, and 12, of course (Jagged Man, The Hawthorn’s Sting, and Murder Between Friends). Those are probably at the top of the list to be completed. Let’s consider 10, 11, and 12 to be front burner projects, furiously boiling trying to get ready to be consumed. Those projects from Newsletters 13, 14, 15, and today’s newsletter are on the back burner, lightly simmering, but not boiling yet.

Today’s is different from the others because it’s non-fiction. It will likely be called Travels With Flio Widdix: How to Spend Several Weeks in a Car With Your Significant Other Without Killing Each Other, or something along those lines.

In May 2010, after receiving a small inheritance from my mother, we chose to use some of the money for a trip abroad. I had been overseas once (briefly to Ireland and London), and also to Mexico and Canada, but Minay hadn’t. After some discussion, we settled on going to England and Scotland (and maybe Wales), and set aside 23 days for a driving vacation in the UK (after jumping over The Pond, of course). We picked May because spring would already be sprung (meaning it should be warm), and summer wouldn’t arrive until we were gone (so it wouldn’t be blazingly hot or crowded with tourists).

We rented a car at Heathrow Airport, and drove a winding path through the country, staying in Bath, Ilfracombe, Stratford Upon Avon, Little Sutton, Ravenglass, Edinburgh, York, Windsor, and London. Little Sutton and Windsor were the only places we stayed only one night. We stayed several (between two and five) nights in each of the other cities, and used them as home bases to venture out into the surrounding countryside. Our first and last cities were Bath and London, respectively, and we spent five nights each in both of them. We also booked our stay in both places before we left Houston on May 5th. We bought a cheap cell phone when we arrived, stocked it with minutes, and made calls and sent emails to book our stays in all of the other cities a couple of days in advance. As long as we ended up in London on May 22nd to return our car, we could schedule the rest of our trip when and however we wanted to. And we did.

We had some successes, and we faced a few problems too, but it all worked out, and we had a great time. We thought a recounting of our journey could make interesting reading, and maybe offer some useful advice for anyone thinking of taking a similar trip. We also took at least a gazillion pictures, so the thought of making a coffee table book crossed out minds as well. The title is derived from the name we gave our rental car. To be able to find it later when it might be surrounded by dozens of other cars in a car park (US English: parking lot), we memorized the number plate (US English: license plate), which was FL10 WDX by naming the car Flio Widdix.

I don’t know how likely it is that we would do this book, but it is one of the possibilities Minay and I have discussed.

Other topics for future newsletters include the relation of other professions (like acting) to writing, a comparison of editing images to editing writing, writing retreats, and marketing intrusions on an author’s time.

[“And all plans, safeguards, policing, and coercion are fruitless. We find after years of struggle that we do not take a trip; a trip takes us.” John Steinbeck, Travels With Charley] 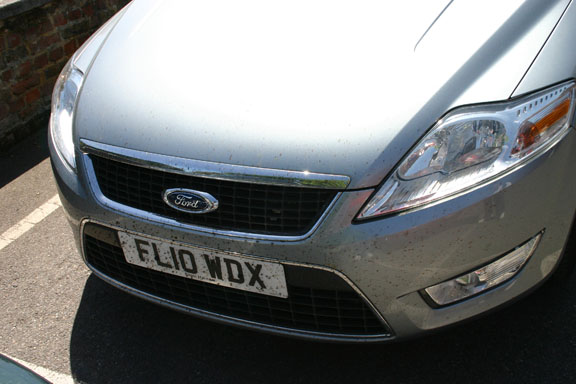 Before our time was up, Flio had gathered a nice collection of bugs on his teeth. Interestingly, the plate is an indicator of where the car was originally bought. The “F” (which range from FA to FP) stands for Forest and Fens, meaning it was bought somewhere near Nottingham. The number on the plate indicates the year it was first bought, so the “10” means it was a 2010 model. The “WDX” is just a random assortment of letters. 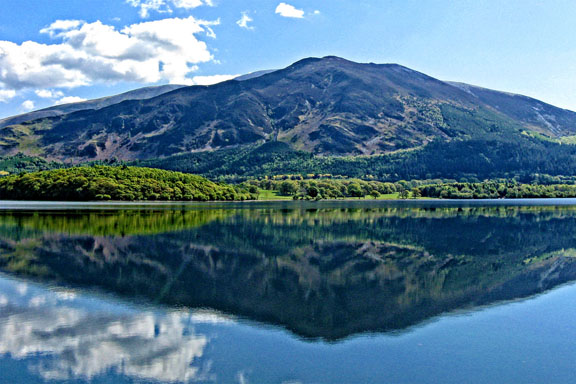 Here’s a cropped version of one of the images we took. This was of Bassenthwaite Lake.