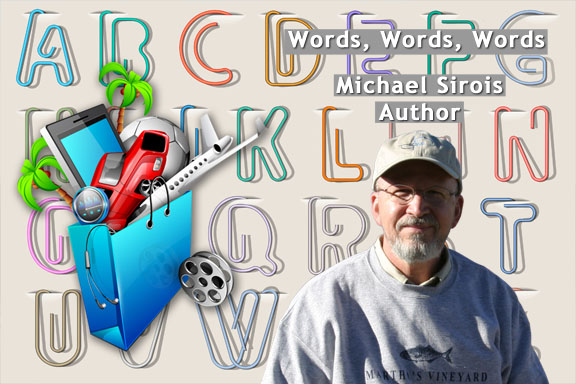 About the image above: The background is just comprised of some graphic elements I’ve been tinkering with to possibly use on the cover of a book called A Mixed Bag.

Over the last three newsletters, I tried to give you a sense of what the next few books I will likely work on will be (Jagged Man, The Hawthorn’s Sting, and Murder Between Friends). If you missed those newsletters, you can still read them at this link.

Fortunately, I also have a number of other ideas for books that I hope to write at some point. This newsletter and the next three will be about the four most likely books to find a place in the writing queue at a later date (or an earlier one — anything could happen).

A Mixed Bag will be the easiest of those possible future books to describe and to publish. It will simply be an anthology of some of my previous work, and will include a range of different types of writing. Over the years I dabbled in short stories, poetry, screenplays, song lyrics, and plays. Some of the shorter material in the anthology will be included in its entirety (poems, short stories, and one-act-plays, for example); but the longer work (like screenplays) will have to be excerpts (or the book would be thousands of pages long).

A reality of being a mortal human who started writing novels when I did (after I retired in 2009), is that I have less time left to write than I would have if I had started a writing career in my twenties instead of spending thirty years as an educator first. Those thirty years helped shape who I am, though, and they inform a great deal of what I write. I’ll just have to write faster, I guess.

In the next three newsletters I will cover two other individual books plus the series that I hope to publish at some point, but I’ll leave you today with a sample poem (see below) that will probably be included in A Mixed Bag.

Some say that the yogi
Is just an old fogey,
As he sits and he stares past his chest.

He glares at his navel,
Though it doesn’t seem stable,
But I guess that he knows what is best.

Visions religious,
Though perhaps not prodigious,
From the ones of nirvana are sent.

Well, I sat down and tried it,
But I’m afraid I awried it,
For all I discovered was lint.