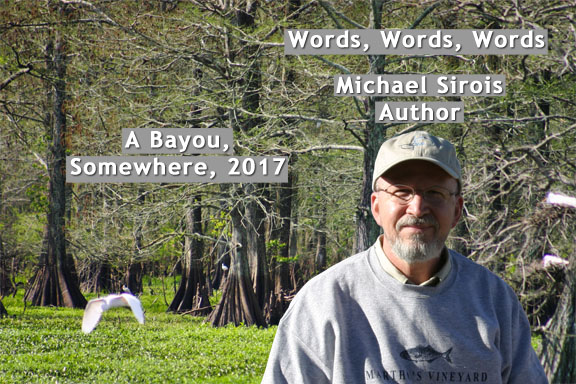 About the image above: This picture was actually taken at some marshland along the Texas Gulf Coast. The book I’m going to talk about in this newsletter is set in Louisiana, though.

I grew up reading a lot of classic literature. One of my favorites as a child was The Once and Future King, about King Arthur, by T. H. White. Since then I’ve read a number of novels based on the legends of Arthur, including the original Morte d’Arthur, written by Sir Thomas Malory. Once I was older, Mary Stewart’s Merlin trilogy took over as my favorite. Those and others I’ve read, like Jack White’s Camulod Chronicles, have given me a wide range of perspectives on the saga, but I always wanted to write one with a bit of a twist.

My idea is to set the story in Louisiana in reasonably modern times (possibly in the late-20th century) when Merle Boudreaux (Merlin) raises a boy (maybe named Artie) in bayou country, and works with a voodoo priestess (shades of Marie Laveau) to teach Artie how to survive. I think it would be interesting if Artie had the magical powers this time instead of Merle, maybe something to do with computer technology. Its current working title, is Merle Boudreaux: Bayou Wizard, but I can’t imagine that lasting through to publication. The eventual title would probably have to have some connection to the Arthurian legends. I’ll come up with something. The story will, of course, contain a battle between good and evil. Bad hackers trying to destroy Artie’s tech company? Maybe with a climax at Comdex in Las Vegas? Plenty of time to decide.

In the next newsletter I’ll cover my idea for a novel series following someone from their birth through to their death, having his life split into different universes at major decision points. 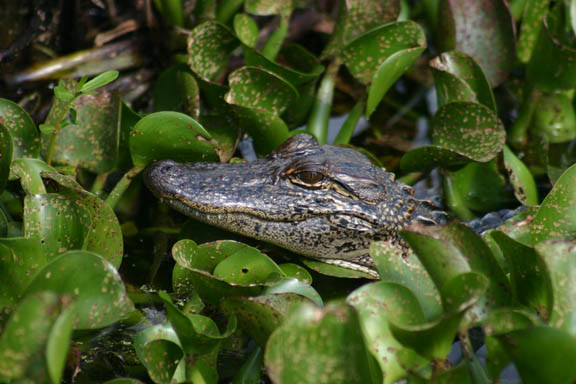 Baby swamp gators may be small, but they’re just as ready for supper as big ones. This one was only a couple of feet long, but it sure was giving me the side eye.