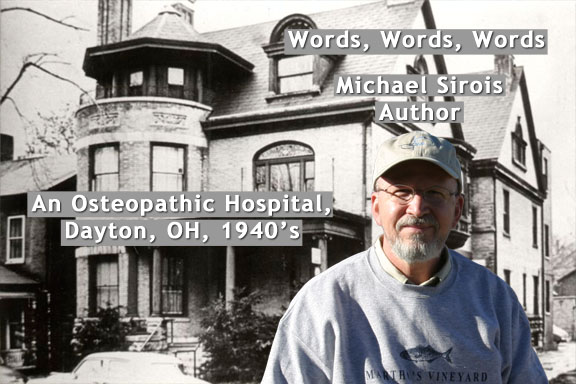 About the image above: This one relates to today’s topic, a book series I’m thinking of writing. Working title: The Lives of Franklin Roosevelt Jones. The titular character in the series, born on July 4, 1946, would likely have been born in a hospital just like this one.

The lives of most people are played out through a series of decisions they either make for themselves or are made for them. The first of these novels begins with Franklin’s birth, and the last in the series should end with his death. Along the way, whenever Franklin (or perhaps a parent) acts on a decision which is life-changing, the novel will split into two different scenarios and follow both of them. For example, during the Vietnam War, Franklin’s number could come up in the draft. He could join the military and be sent to Vietnam. Or, he could flee to Canada and wait out the war there. Or, he could go undercover and spend the war as a roadie for a San Francisco band. Or…

The novel will then follow both threads in the two or more lives that Franklin is living. If (again, for example) one of the Franklins died in Vietnam, that thread would end there. Or, one of the Franklins could return from the war and resume a fairly normal life, but another one could return badly wounded or with psychiatric issues. The possibilities are endless, so one of the crucial steps I will have to take before devoting several years to a project like this, would be working out the basic plots for any and all of the divergent roads that each of the Franklins will travel on. That will take time.

The next newsletter (the fourth and last one about the projects that are being stirred on the back burner) will be about a married couple taking a three-week driving vacation in a foreign country.

[Two roads diverged in a yellow wood,
And sorry I could not travel both
And be one traveler . . . 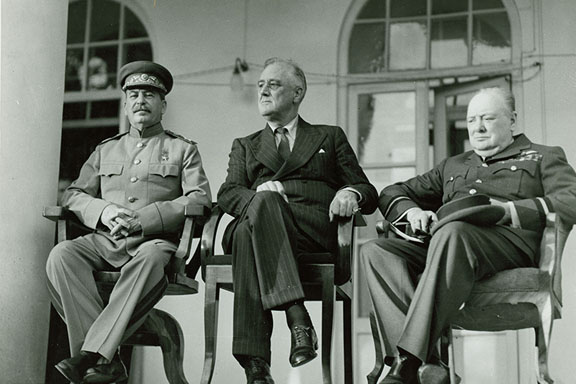 Stalin, Roosevelt and Churchill at the Teheran Conference, November 29, 1943. In our book series, Dottie Jones will name her first son Franklin Roosevelt Jones, after Franklin Delano Roosevelt, because she admired the former president.