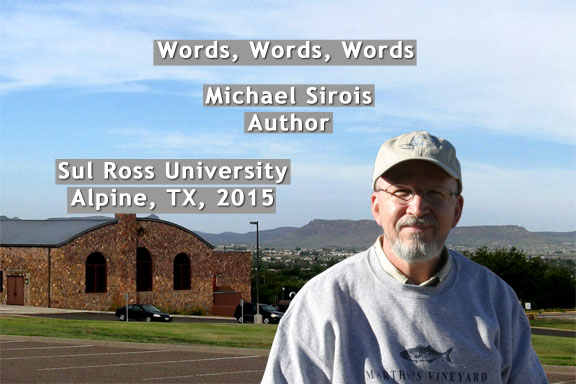 About the image above: I attended a writing retreat in the summer of 2015, held by the Writers’ League of Texas (WLT) on Sul Ross University’s campus in Alpine, Texas. My home in Spring (a northern suburb of Houston), is almost 600 miles away from Alpine. About 200 miles northwest of Alpine, El Paso is within spitting distance of the westernmost point in the state. The distance from Orange, Texas (on the state’s eastern border with Louisiana), to El Paso is 855 miles, but it’s only 724 miles from El Paso to San Diego, California. Texas is a big state.

At the 2013 retreat I took a workshop taught by Carol Dawson (author of Body of Knowledge, Meeting the Minotaur, and The Mother-in-Law Diaries.) It was an intensive week-long course in novel writing, primarily focused on editing. At that time I was still trying to get published traditionally (i.e., through a publishing house with the aid of a literary agent). Within a few years I had abandoned that traditional model for a variety of reasons that will take too long to explain here (that’s a topic for a future newsletter), but the material we covered in Carol’s daily discussions radically changed the way I approached editing.

After I returned home from that retreat, I realized I could make the two novels I was working on (Jagged Man and Butterfly) much better with some ruthless editing. I’ll cover that process, using bits of both novels as examples, in some future newsletters, but many of the decisions I made after that retreat involved a well-known writers’ axiom, “Kill your darlings.” Occasionally, especially during the rough draft stage, some of the phrases that we writers come up with may seem clever or wonderfully poetic to us, so we desperately try to preserve those phrases or bits of dialogue when we edit. Often, however, the phrase just doesn’t work. Killing our darlings means deleting those precious bits of writing. It’s hard, especially if it’s a phrase we really like, but often it makes the finished product much better.

The next three WLT retreats I attended were all taught by Michael Hall, an executive editor and writer for Texas Monthly. By early 2015, after I published The Jagged Man, I decided to set Buttterfly aside (even though it was nearly finished) while I wrote Aggravated, a non-fiction book about my brother. Take a look at the Aggravated website to understand why I set one book aside for the other. Hall’s workshop was about writing long-form non-fiction (extensive articles or books about factual subjects that read like novels). It was exactly what I needed. I felt I had to help my brother somehow, and writing was the only real weapon I had. Hall’s focus on research, investigating, interviewing, and finding a personal take in stories about real-life subjects was extremely helpful, so I returned to the retreat year-after-year (three times in all), and the book progressed each time. It was finally published in December 2020.

In the next newsletter, I’ll talk about the retreat I attended in June of this year. It was 2,100 miles away from home, 600 miles farther than the distance from my house to San Diego (but only two-thirds of the distance some Monarch butterflies travel during their annual migration). No, I didn’t drive from Texas to that retreat.

[“If sacrificing many for the one isn’t logical, but sacrificing one for the many is logical, why must we writers murder so many of our darlings?” Michael Sirois, March 2021] 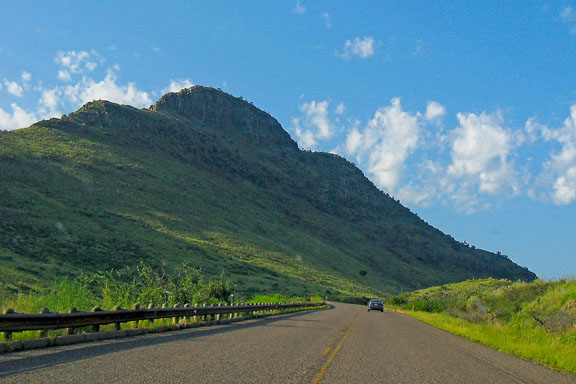 West Texas isn’t all parched desert. Parts of it are quite green. This was in some of the mountainous areas near Alpine.